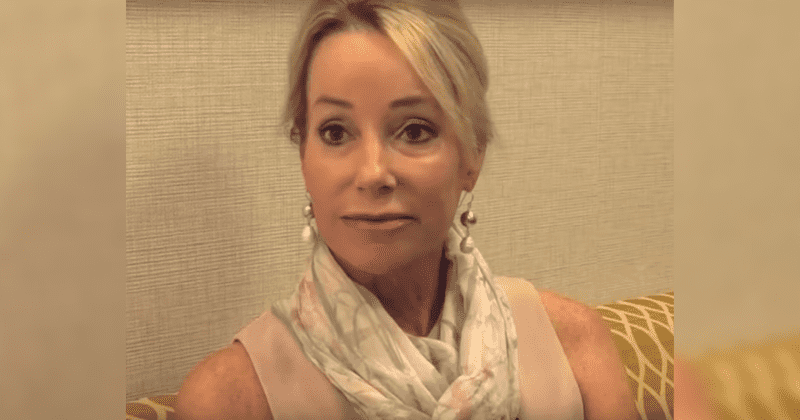 A Florida woman is celebrating her new lease of life after a trial vaccine successfully helped fight off breast cancer. Lee Mercker, from Jacksonville, has been through a lot in the past few months after she was diagnosed with a very early stage of breast cancer, DCIS stage zero. The news left Mercker shook as she’d been leading a healthy life and the prospect of potentially meeting her end through the deadly disease was incomprehensible. Thankfully, her life-changing decision to join a new clinical trial for a vaccine that kills off the cancer cells proved to be one that could potentially benefit countless women.

According to a report by Fox 35, Mercker was diagnosed with breast cancer in March this year. Speaking of her shock when she received the devastating news, she said, “I was healthy. That’s why I was mad. I was stunned, and everyone around me was madder and more stunned.” She’d always maintained a healthy, active lifestyle and had never imagined that she might one day have to fight off something so dangerous. “DCIS stage zero. I’d never heard of it. I’m an exercise fanatic, I eat right. But it just can knock on anybody’s door,” she said, speaking to WLTV.

When Mercker went to the Mayo Clinic in Jacksonville to start treatment, her doctor laid out 3 options for her. She could go the traditional route of undergoing a lumpectomy which would remove the cancer cells or a mastectomy where the breasts are removed. The 3rd option her doctor suggested was a bit more unconventional as it involved her joining a clinical trial for a vaccine that could prevent the cancer cells from coming back. “I signed on the dotted line that day,” Mercker said.

Speaking of the revolutionary vaccine, Dr. Saranya Chumsri revealed that it helps the body fight cancer cells. “It’s supposed to stimulate a patient’s own immune response so that the immune cells like t-cells would go in and attack the cancer,” she said. The treatment merely involved getting a shot for 12 weeks. “They always took your blood, you had a physical, they’d make your shot right there on the spot for you. It was three shots, all in a row, alternating arms, four shots, two weeks apart,” said Mercker. Everyone involved in the trial was overjoyed when the vaccine showed positive results and Mercker was declared cancer-free.

Dr. Keith Knutson, from the Mayo Clinic Jacksonville, revealed that the vaccine had worked exactly as they’d hoped it would, but Mercker’s recovery was groundbreaking as she was the team’s first human test subject. “We saw some evidence of elimination of the tumor, as well as some evidence of the immune system crowding in,” said Knutson. Although Mercker was cancer-free, she still underwent a double mastectomy in order to make sure the cancerous cells were completely out of her body since the vaccine was just a trial.

The significance of the trail’s success and her involvement in it has only just started hitting Mercker who said, “I feel like I walked on the moon. I worked in an industry with tons of women and I saw all kinds of stories, and it’d just be really nice to stamp this [breast cancer] out.” Dr. Knutson revealed that they’ve begun testing the vaccine on two more patients, in addition to looking for more trail subjects. “Really, a vaccine against breast cancer and I think it’s only a matter of time myself,” he said.